Whatever Happened to the Awesome? 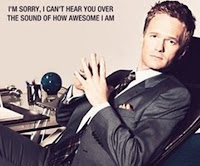 There was a time when i looked up to the simple joys in life... & went "awesome"... no... the awesome had nothing to do with the very famous legen... wait for it.. dary Barney Stinson's (Neil Patrick) love for the word... & no.. it does not even have anything to do the cutest Dean Winchester's (Jensen Ackles) love for the word either... i guess I was born with the "awesome" syndrome... i looked for awesome everywhere i guess... & so i found it... in the simplest & sweetest of things... people were awesome... the trees.. the bees... the colors... the flowers... India Vs Pakistan was awesome... petrol prices were awesome.. Rajiv Gandhi was awesome... Kapil Dev... respect... awesome... EVERYTHING was awesome!!!

Then... we got struck by luck... & unfortunately we stand where we do now... that's when i got to know of these other people who also believed in the awesome.. but i dint see awesome in the surroundings/people around me.. i saw it in unexpected things... advertisements now are awesome... movies now are awesome... what happened to the people being awesome? where are the trees? where are the birds & the bees? now a days everything is lame... India vs Pakistan... lame... petrol prices.. lame... Mayawati.. lame.. infact all the politicians... lame... Steve Job dead.. lame.. Sachin retired from ODIs.. lame... the black dot on the white screen for Damini... lame... since when does putting up your facebook/whatsapp picture as a dot help? will she come back alive? will she be un-raped? will talking about it help? has rape stopped ever since? can the government undo something? anything? can shouting about making Delhi safe make a change? will asking for help from others change anything? will not travelling late at night help? will not talking to men help? will women taxis help? well, who the fuck will help them? will the burkah help? will keeping a knife help instead? i dunno... will keeping pepper spray help? i guess... will learning karate help? i believe it will give a better chance?

as 2012 ends... all i wanna know is whatever happened to the awesome??? & since when does lame replace awesome??? as 2012 ends... & we enter into 2013, i realize... things have changed over the years... & things will change this year as well... at the end of the day, it is survival of the fittest.. it is always a fight... a fight to be a step ahead... everyone & everything is trying to kill the other to survive... the petrol prices will keep rising for the business to survive... politicians will keep making false promises to survive rajneeti... people will keep changing their profile pictures to dots to feel they are making a difference... & then back to a flashy sexy posed picture... blah blah... my point... im sick of the lame... whatever happened to the awesome??? i wanna make it awesome yet again??? can we all make it awesome yet again???
Posted by Geeta Ravi at 11:18:00 PM No comments: LOVE it??? SHARE it...

Marriage... the scary one! 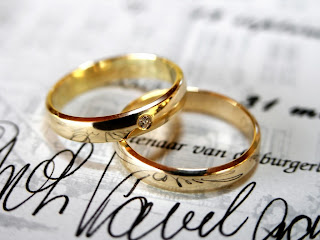 We are born in a country where people expect you to do everything on time cuz time (& tide) apparently wait(s) for none... there is a right time to study... there is a right time to have fun... apparently, here we even have a right time to marry... like the exact time... when the stars align for that brief moment... when nothing can fuck your marriage there after...nothing like nothing... yet, marriage "the concept" still scares me... so i've been told by many a women that "when i was your age, not only was i married, i had also borne a child already".. so dude... is it my mistake if you lived in the era of child marriage where you were stuck (like glue) to a partner that you barely knew & were expected to continue the relationship till death does you apart?

sometimes i feel i was born in the wrong era... i should have been born when we are a lil' more open minded... but then, maybe i was just born in the wrong country... i should have been born where people get married for love when they are young & stupid... & if it works... it works a lifetime... where career will eventually grow on you... but love once lost is gone forever "is the concept"... & if it does not work, then fuck it, chuck it... they get married again when they feel they are mature... & then again... when they actually do get mature... then again when they realize its no biggie being mature... lets act immature... & again & again & again... till they decide... these are my last few years... lemme marry my one true love FINALLY!!!

Instead... i am stuck here... where people marry or want you to marry.. at the right time - one time... & expect you to carry the burden no matter what it pulls you down to... it may be a bad marriage where he hits you... or she shows you down... or there may be no spark... both want different things outta life... both are stuck up... or both are too vulnerable... they are too similar or extremely different... yea don't gimme the opposites attract crap... i've had enough of that already today!!! also... all said & done... women in India are considered a liability... (whatever happened to being Lakshmi - the asset)... why does one expect it (the concept of marriage) to NOT scare someone?

so i sit here... writing a blog post about marriage (while i copy my data from my old lappy to my new viao (yeyeeeee) - yea... that's how much importance i give to marriage... i multi-task over it... not to mention.. i am streaming 2 episodes of Supernatural side by side - yes.. now i definitely am deviating) wondering, whatever happened to the times when i used to think of the happily ever ever.. whatever happened to those stupid candy dreams of the white horse & the prince charming.. have i lost it completely? my faith in marriage? & if that is so... why do i still cry while smiling when i watch a happily ever after ending in the movies? i wonder... if i'm scared... or confused... or if im expecting too much... cuz... somewhere deep down, i do wish for the prince charming who i dont care may be an ass to the world... but still is my prince charming... is it me asking too much or should i rise above the scared & tip towards settling? cuz even though i said... i should have been born where its ok to marry a bazillion times... yet... i want it to be the forever & ever... the one true love kinna thingy!!! is it really possible or is it just wishful thinking???
Posted by Geeta Ravi at 11:30:00 PM 2 comments: LOVE it??? SHARE it...