You may have been loved... you must have had your heart broken... But, have you been a part of a fairy tale? This, right here, was the fairy tale that girls dreams of… Grata had poems written for her... She had boys singing for her... She had been sketched with all heart & soul... She even had been fought over for... She had seen boys get beaten up over her... She had been surprised with the cutest & warmest bear hugs... She had been kissed in the most romantic ways... She even had the luxury to throw up in a lover’s hands’ when she was too weak to walk to a waste bin… but nothing had ever come close to this… This was the ultimate fairy tale… the man of her dreams… standing tall, looking as gorgeous as anyone ever could… standing there… with a halo forming above his head from the sunshine… it really was like having an angel look at you! 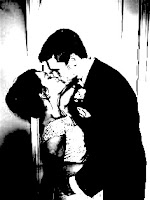 Grata felt warm and serene, as if the time stood still and the moment would last forever. But nothing lasts for ever… Neither would this… Adam held out his hand to Grata, without thinking, she placed the palm of her hand in the crevice of his’... He pulled her close and leaned in to kiss her on the mouth… her claves would strain and her body would rise to meet his lips… He placed his hands on the small of her back to pull her closer, his warmth touching the nakedness of her back… Her breasts would swell up and nipples harden at the thought of his touch and now he was touching her, gently, lovingly; yet, her calves did not strain to give her the height to meet his lips. Neither did her body react the way it would; the way it should…

He pulled her closer and whispered in her ear “'like John Mayer says, you're no one till someone lets you down'… I now am no one.” With that, he pecked her cheek and let her go, a sole tear in his eye…. No words were spoken. There was just no need for words. He knew it, she knew it, it always was wonderlust… She never loved him, he could see it in her eyes… & she did not know it till now; but she knew it today… she knew it for sure... & it was visible… She was taken… she was in love now, for sure… it just wasn’t with Adam, it never was supposed to be him… So he just sat down and looked the other way and made it easy for her to walk away… his heart ached for her, his body longed for her… but he had clarity that she did not belong to him… and she had clarity that she belonged with Henry.

Heights of Love… The Realisation!!!

Mel snapped her out of it with the “hey, stop day dreaming about Adam already!” Grata blinked her eyes. She felt a bit queasy and sat down. “You alright?” asked Mel… “ummm.. could you tell Henry that I will meet him directly” mumbled Grata.. “wait, ill text him myself… I’ve got to get ready and I’ll catch you later” she announced loudly and disappeared for a shower leaving Mel absolutely confused. By the time she was out, Mel was long gone. She took out the beautiful champagne backless she had bought for that special occasion and lay it on the bed. She dropped her bathrobe and had a good look at herself in the mirror. She smiled! 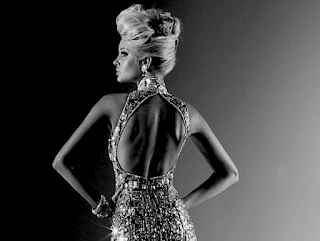 As she sat in front of the mirror and carefully applied her foundation… she realized that she was still smiling… not good for the creases… “no smiling till the foundation sets in” she rebuked herself out loud.. She generally went for the el natural look mostly.. but today she fancied the fushia blush and the gold dust for the eye shadow. She even went ahead and contoured her face, highlighted her cheek bones. She realized that a lot was going on with her eyes, yet she went ahead and wore those red lips that made her absolutely irresistible. She wore her hair up in that lady like bun; even more irresistible, she thought to herself. She was going for it all, she was going for the kill! She took out those Gold heels from their safe keeping box that gold rhine stone studded cltch. She opened her wardrobe once again and grabbed her bright red stole. Then she decided to ditch her diamonds and wear the ruby danglers and a quick fast drying bright red varnish. The look was complete and she made a dash.

She was restless… she tapped her way through the 4 stations before she finally got off at Leicester Square. It was 7:24PM when she was outside Missle. Fine she was a little early, she walked in… she felt the earth trembling… it was she who was shivering though… It’s okay.. you have 5 minutes to compose yourself… She smiled at the usher and was about to say table for two to the ladies at the front desk when one of the women smiled at her and said this way through, sir is already here. May I take your stole madam? Grata declined the offer and held tightly to her stole. Why is this place empty? Fine, Missle was relatively expensive, but people loved eating out on a Saturday evening. It was next to impossible to find a place empty on a sunny day as such anyway, plus, it was a Saturday. Where are all the people?

Adam was on to something big… It hit her like a tide then… he has been watching me.. he had to know that I was Starbucks already. You cannot get a place like this empty at 7:30PM on a sunny Saturday… he had planned this… how weird was this… she followed in quietly and saw Adam waiting near the sunniest window.. standing tall.. and breath taking as always… he even wore a black suit and the whitest shirt… She dropped the stole to compliment him and his jaw dropped in awe for a second before he composed himself. That moment was made for a photo still, not a 3X5”, but a full length portrait canvas sorta way!

Heights of Love… The Inner Turmoil!!!

Mel – why are you crying darling?
G – cuz I am an absolute mess!
Mel – I beg to differ… I guess a lot of women would love to be you.. dating the perfect man, and having another in your pocket!
G – don’t say that, that just makes me feel like cheap trash!
Mel – oh, no, I did not mean it like that. I meant most women don’t get attention from one… sorry, ignore me.. it’s more of a cheesy comment... I thought that would pep you up. We would die for something like this in Uni… sorry love.. okay, so I am going to call you now, you pretend to cancel, alright?
G – yea, sure. 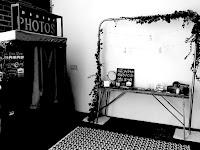 Mel called G & Marimba buzzed at the table. Grata walked towards the table and instead picked up the picture frame, she was wearing the bunny ears and smiling so bright while Henry was wearing the pink feathery prop that G insisted he wears to fit in. He seemed to enjoy these quirks as he was looking at her and smiling even while the picture was being taken. She remembered how funny that night was and how pissed drunk everyone was. She remembered how Mel and she had done the very inappropriate dance which was more like a dry hump in the very very risky club in Shordich while the boys were left to look after the girls incase anyone tried to act funny. It was Grata who had planned the night as she needed to take her mind off Adam… Little did she know that it was Henry’s birthday the next day.. it only came to its disclosure as Henry got a call from quite a few people one after the other, and all he said was “Thank you, I’ll call you back.. I’m in the middle of celebrations!” each time.. and it was an innocent question from Grata “some big project success?” that had the curtains falling on the birthday. That was the one and only time that Grata had kissed Henry on the lips. It was more of an instinctive peck on the lip before she hugged him and screamed “Happppppppppppppppppy Birrrrrrrrrrrrthday”… While hugging him, Grata noticed the array of cupcakes that were being taken to that Golden booth at the corner. She excused herself to the toilet and instead went to the booth where she asked the ladies if she could exchange 1 muffin in exchange of a drink or two. As she explained that it’s a friend’s birthday and they were caught unaware, to her surprise Franchesca (the bride to be asked her to join in). So Grata came back to drag the 3 of them to the Hen’s party in the corner. And all she remembered after was cup cake eating from Fran’s cleavage… the dirty dancing with the bride to be… and then all she remembers was waking up with a headache… She was smiling.