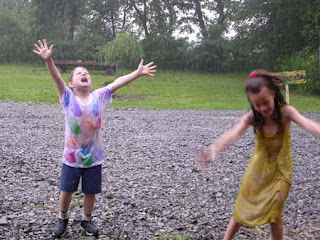 o no no no no... this ain't gonna be the mango fruity advertisement synopsis... i mean... i agree its their tag line, but i can tell you from experience.. it so is true.. we grow up so old.. we get so mature... we stop dancing in the rain (but go to rain dance parties)... we stop being the adorable child we once were (but call our boyfriend/girlfriend "bacha... babu")... we become mean.. we become selfish... but, whether or not we accept... we still wanna be the very same child at heart.. who does not have to plot & plan or play politics to get attention... so... why grow up??? really???

well, the elders tell us...

& when do i get to know that i have achieved it all???

its when u feel deep in ur heart... that now u have gotten everything & u can enjoy life to the fullest....

but the funny part is... if my race ends, when my children can take care of me & when i myself am not in a condition to do the same... then, when did i truly enjoy my life? when did i get the little happiness that i can get from dancing in the rain... or talking with friends for hours... or watching my favorite tom & jerry re-runs... or biting all my nails off while watching bourne series for the nth time... or painting for no reason... or doing my daily dose of su-doku from the papers... or reading the archies strip that appears there till date... or laughing till tears float my eyes just because everyone else is laughing like crazy!!!

Email ThisBlogThis!Share to TwitterShare to FacebookShare to Pinterest
# Life, Weird Me

What i Feel About Life.. My Life!

Sometimes it takes a lifetime to find oneself & it requires conquering many a hurdles & facing many a failures! Sometimes, you know exactly what you are born to be, but, you take the wrong turn, yet, you move on & on in the same direction because its easier to tread that path!

I believe I have found what I want to be in my life by taking a u-turn post “graduation”! I am an engineer & I have worked with a reputed software firm because I thought it can bring me success & money. Writing software is challenging & it always gave me a sudden rush. But, I always felt a void, as if I was missing out on something important in life!

For some reason, I have always been extremely fascinated with 4 things:

What colors mean to me:
I have strong affiliation towards bold & neat colors. Dull colors do not entice me & make me feel as if life is boring. I believe colors add life to lives!

What I learn from others:
I have met many a people in my life & every new person I meet, makes me wonder how he/she is wired. It excites me to see how people behave in certain situations & for this reason; I have evolved as a person. My general observation about most people is that they take it easy until the last minute. Hence, I follow a simple rule when getting work done by others. Create a panic before the situation actually gets out of hand, this helps speeding things up so that the situation actually does not go out of hands, & stand unmoved when the situation is at its worst, this helps keeping the team together & bucking up their morale!

What Brands mean to me:
There are many products that look & feel the same... yet, you buy some & ignore some... what differentiates them is the brand & its influence on you... a blind test proved that Pepsi was better in taste yet, people prefer Coca-Cola... why... this is brand loyalty... this loyalty determines what you buy & what you don't... its funny how you like something yet dont buy it... & its funny how people can be manipulated to like or dislike a brand... this really interests me!

What impact advertisements have on me:
I have this peculiar habit of switching channels when television begins to bore me, but for some reason, I love advertisements! Every time I spot a new ad, I am filled with extreme enthusiasm. My mother tells me, as a kid, I used to throw tantrums while eating & the only way my parents could feed me was by showing me advertisements, I would suddenly become engrost in the ads & they would conveniently feed me!

Hence, I know these four will be utmost important in deciding how much I love what I do & I believe life is all about loving what you do!
Posted by Geeta Ravi at 3:11:00 PM 2 comments: LOVE it??? SHARE it...

Email ThisBlogThis!Share to TwitterShare to FacebookShare to Pinterest
# Weird Me

Everyday or the other.. i see a miracle... :)
it happens... whether or not you believe...
you were a miracle to someone...
someone will be a miracle to you someday!!!


the old boots you threw into garbage...
were a miracle to the janitor's son...
your immediate boss got a better job...
you loathed him... but he turned out to be your miracle... :)


sometimes in life...
you just got to realize...
that you are a miracle...
waiting to happen to someone!

Live it... Love it... Life is the Last Thing You Should Compromise With!

*True Story
*all names have been edited... :P

In this day, its very hard to a have home of your own... i know some who lived their whole life on rented accommodations... My daddy is a determined man... when our land lord refused to keep my milk (that i had to drink) in his fridge (when i was a baby); my dad got upset & a bought a fridge the next day... the landlord (sardar ji) got upset & chucked us out... within a year, we bought a janta... then a LIG... then a MIG (which we built up later & reside in till date)... then a HIG (which we rented out for 2 years & later sold off.... amity admission needed cash... lol) 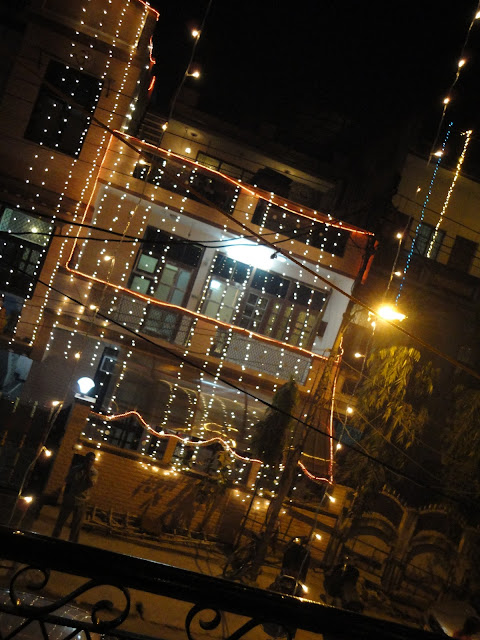 i deviated from the real reason why i was writing this post... & that too so majorly... you would be shocked by the time you reach the end of it!

today when i look out my door, i see their house lit up nice & bright.... why not, it was Diwali day before yesterday... but, why is lit up like a newly wed bride... oh... its because his daughter is getting married this month... the one who is younger to me by 2... she is tall, pretty face & to top it all, a MBA... but still, she is getting married so early... not a career woman haan??? i dont think so... its because even though she is old enough to get married, she still isen't old enough to make her own decisions.. what an irony! :P

As Mr. T. has risen from an almost broken-single-storied-rented-HIG to being the owner of multiple houses... he makes all the right moves... he makes all the decisions... & so, when he asked his daughter what kinda guy she wants to marry, & she told him that i wanna marry ******, all Mr. T. did was, give her a tight slap & now she is getting married to a guy she barely knows & never will love because he is not ****** & because Mr. T. said so & is giving away a 40 lakh apartment & LCDs (i know they bought 5) (& i am not aware of the other stuff)... to make her life comfortable which could not have been the same with *****, they would really have to struggle... i guess he made a trade... & she decided to be the practical one!

but i tell you what... even though the trade looks good... & even though his daughter will get happiness, she never will be content in life... because no matter how practical you get in life... time & again, you laugh, you cry, you get angry, you shout & scream... you do all that... as an outburst of emotions... & its an integral part of the human life...

its better to be the emotional one & fight the odds, rather than being the practical one & regretting the decision that changed your life.. your mind always diverts you towards the easy... its your heart that guides you towards the right!!!