HeartBreak of an Software Engineer! 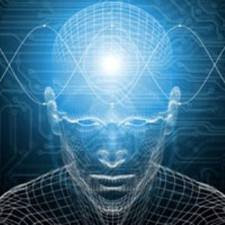 Did u know that the human brain is much more powerful that any of the super computers in this world... do u know we rarely use any more than 0.5% of our brains??? of course im not kidding u... its the truth... Google it.... Google wouldn't even have had been here if if wasn't for the brain.. who made the stupid machine.. of course the man... u getting my point... the point is... we all have a multiprocessor fitted in our system... & its called the brain!!!

This multiprocessor is capable of multiple tasks... just like its name suggest... it is your one man army against the rest of the universe if u learn to use it correctly... its hard to crack... is protected by ur skull... has to be... after all the real thing is delicate... it is even more important to protect it... cuz it handles all of ur other systems... right from ur nervous system... to the pumping blood thingy... to the digestive system... it is the master processor to the whole of u... there is only thing in this whole universe that can corrupt ur processor!!!

i wouldn't say that im a prodigy, but i do know i had a gifted processor... but my multiprocessor  was attacked by a malicious spyware... apparently this spyware found an entry into my system via the heart bcuz it looked like a trusted software... this malicious spyware pretended to be a software called love...  apparently... this spyware took its sweet time to get settled into my system & then injected a virus... this virus is called heartbreak... i try to fix my processor over & over... but, every now & then, it keeps hanging & crashing all the time!!!


it hangs at the wrongest of times... for example... my system hung up for a whole 5 minutes while looking at the ceiling yesterday... my parents used the traditional, kick the CPU to make it start & it worked... But sometimes it crashes so bad... it takes 2-3 days to bring it to its basic use again...

now, there are many a people who dont sleep all that much.. who dont take a bath everyday... who eat in just about 5 mins... but then there are these who sleep more than 8 hours & take more time for eating & grooming... so we shall take a plus minus 4 hours time... so, lets say on an average... people have between 10 - 18 hours a day to do things they wanna do!!! 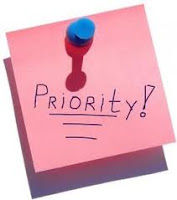 As a rule... u have to compromise some place.. most compromise on their love, families, hobbies, job satisfaction for money or standard of living... these people mostly achieve most of it in their lives.. but are surrounded by emptiness all their lives!!! they have frenz.. who want them when in need... they have family, who are proud to be associated with them but just dump them in their downfall... their life is highly overrated... every1 wants to be in their shoes... but no1 wants to suffer how they do! but they really cant complain about anything.. they chose this life for self!!!

then there are those who are willing to compromise on any & everything under the sun for whom them love... they compromise on self, hobbies, money & standard of living to pursue their love... they believe love is life... they believe they can conquer any & everything if they have their love by their side... sometimes they are successful & they actually conquer the world... cuz they have what they want the most.... they have their 1st priority... but sometimes they fail... they dont fail because they dint put in their best... they fail bcuz their love dint love them... well... but they really can't complain now.. can they... cuz it was kinna their fault only.... they made some1 else more important than self... now, if they themselves aren't all that important to self... how can they complain if they are not some1 else's priority??? serves them right!!!

well.. i believe with all my heart (even more since some time now) that your first priority should be you... you needa love urself the most instead of loving another.. that way.. even if he/she leaves... u know u have some1 who loves u! The rest.. u need to prioritize according to how, what, when, why, who... but never NEVER never compromise on yourself!!!
Posted by Geeta Ravi at 3:39:00 PM 9 comments: LOVE it??? SHARE it...

You wake up in the morning & put on a face… but there is this something u can’t hide… it’s the void in ur heart that you just can’t erase! you feel so empty... yet your head is so heavy... you feel so heavy... even though you have lost so much weight! People say you are not the same... you put on a plastic smile & say "oh! I'm okhay!" they don't really believe you... they ask you again... but you just smile & smile & smile some more & say, "don't drive me insane!" but your eyes fill up.... & the trickling is just about to begin... so u stare at the floor & walk away... u walk as fast as you can... to reach out to the wash room... & to hide the tears, you wash ur face... you wash your face about 20 times a day... but u still cant hide those blood red eyes... you still can't hide the gravel in your voice!!!

You discuss with your close ones... the ones who saw u smile once... the ones who want to see you smile again... u cry out like a crazy mad person... & they say "are you mad or what... why you crying.. what's there to cry... its not ur loss... its human nature to desert love for life today... but, what goes around... comes around... life will eventually desert “the other” for love tomorrow & then all that will be left is emptiness!" but it doesn't lift up your spirits... cuz you dont ever want emptiness for the other... cuz you truly believed in love... you believed so much in it... that you swore by it... you preached it... when some1 came to you for advice... you always suggested to stick by... you always suggested to not give up... but now you realize your mistake... you should have let them give up... you should have given up... cuz love is not a 1 way affair... if even 1 party backs out... its over...

but then.. is it actually over??? the love??? nah... im sorry to say... what's over is the illusion that it was love! cuz love never gets over... love never backs out... love makes you strong... love just cannot be weak... true love would die for you... true love will withstand any pressure... true love will not give up no matter who stands against you! So if your love gave up on you... it surely wasn't love... it was just a facade... it was just an illusion... so you try & gather what ever little is left of you... especially because you see your once love happy & enjoying his LIFE... you start all over again... but then comes a time... when you have time... & remember the old times… & tears roll down as memories tear you apart… & then… you try & make a new start… & then you fall apart… but you get up again… for another start… but it seems you have lost your strength… & you just fall apart!
Posted by Geeta Ravi at 10:11:00 AM No comments: LOVE it??? SHARE it...

Email ThisBlogThis!Share to TwitterShare to FacebookShare to Pinterest
# Love

There are so many things u can relate to..
in your life...

i remember...
my dad who isn't a movie buff...
got super excited to see this movie..
cuz he could relate to it...

when my mum & dad got married...
my mum being a beautiful woman was liked by many men...
but she was won over by my father... who is a very regular man... lived a simple life... wore specs...
in short, looked exactly like surinder suri @ punjab power...
& my mum was exactly like tani partner! ;P