To Forgive OR to Take Revenge

For years now, Frankenstein has been associated with terror… is known as the monster… but little does anyone know that Frankenstein was not the monster himself... Apparently Frankenstein is a novel written by an 18 year old as the object of her imagination… The author says that she was inspired to write the novel post a bet between her friends - who comes up with the scariest story & a dream that followed… There are many controversies around the novel as many say that bits & pieces of it have been inspired from places that she visited… anyways, im not here to argue about that!!! 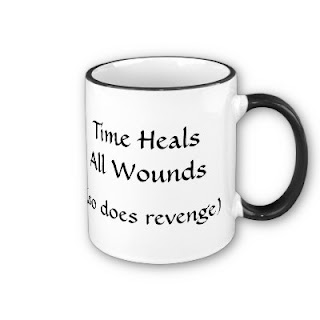 Frankenstein was scared too & hence abandoned the creature he created… the creature was disappointed at his master’s behavior… also, lonely… he tried to befriend people but his looks never let anyone be friends… hence, he decide to take revenge on his master till he creates a mate for him… but Frankenstein saw destruction of the whole mankind with this idea & hence did not create the so called monster’s mate… hence, to avenge his loneliness gifted by his master, the monster killed his very own creator… but the monster did not feel any better… infact he started feeling even worse…

So, don’t be the monster… don’t plant revenge… revenge never makes you feel better… many people say, time heals, but so does revenge… but look into your heart… & you would know… time may or may not heal… but never does revenge!!!
Posted by Geeta Ravi at 2:26:00 PM