To Resist Or Not To Resist???

Every day I read in the papers, - - - - looted at the gun point… sometimes I wonder, what would I do if I was the one being looted… will I part with my cash/jewellery??? Or will I fight the person??? 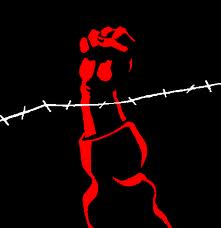 Recently, my cousin sister & her sister in law were looted off about 1.5 lakhs of cash & jewellery… the buggers even took the sister in laws’ ring & mangalsutra… I dint ask them why they din’t fight… but I had an urge to ask!!!

I thought a lot about it & decided that if it were to happen with me, I would put up a fight… im sure the guns are empty… I even discussed it with my favorite teacher in the whole world… Ashwin Sir, & he said… life is more important that the worldly belongings… he even told me of an incident where one of his aunts was shot for not giving up, thankfully, she lives to tell the tale… he even told me about the time that he would not let go off his car & was dragged for many kilometers till he passed out… so, I asked, would you not repeat it sir? & he said, definitely not.

But then, I thought to myself, sir has a family to take care of… I have got nothing to lose… yea, even I have a family… but if I have to choose between letting my family have 2 lakhs or my life… I would want them to have the 2 lakhs… cuz having me would mean kharcha (expenses)… whereas, money is money!!!

& a couple of days ago I read in the papers that a man was shot while following the looters… Ashwin sir messaged me to check the paper… but I had already read the same & thought to myself, Ashwin Sir told me just that… & then, I thought, that means if I do end up in a situation like this, I will be shot if I resist… & I doubt if I wanna die this early in life… actually, im sure, I don’t wanna die… but I still am not able to put my mind to accept that in such situations, its best NOT to resist!!!
Posted by Geeta Ravi at 12:40:00 PM