The Little Less Known About the Apple Man . . 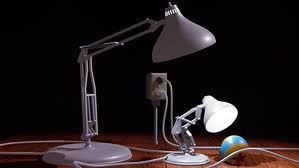 I think one of the best things that Steve Jobs gave us is.... I know, most of you will say an iPhone or an iPod or an iPad... but i would say... the best thing he gave us was Pixar animation studios... i mean... he put faith in computer animation films when even Walt Disney (the gurus of animation) discarded them...

But now, Pixar is a subsidiary of the Walt Disney.. yet most people are unaware of the same… in fact, most people do even know that Steve Jobs is its co-founder... most people know pixar as an independent studio making some of the best animation movies… all the films produced by Pixar are amongst the 50 highest grossing animated movies of all time… so if attachment with Walt Disney & Steve Jobs is not the reason... then what makes Pixar so successful?

a)      Lots of Creativity -- allows each one of its employees to showcase their talents!
b)      Acceptance of newer technologies -- at pixar, they believe that technology only helps you enhance your creative best... they are not          afraid of it, they embrace it!
c)      The open culture -- anyone & everyone is allowed to voice their opinions!

The above mentioned 3 reasons allow Pixar to motivate employees from within to push them selves to the limit while enjoying the same. It allows its employees to work harder each time while adding their own personal element to their movies; & like the saying goes… “a happy employee makes a happy customer!” I believe Pixar is loved because it makes what it loves! Its loved for its USP… it appeals to the spark in you! it appeals to the spark in me at least... i mean i have never ever seen any of rom-coms (girl's favorite type of movies) or action (die hard can come pretty close in competition though) as the no. of times i have seen Ratatouille!!!
Posted by Geeta Ravi at 10:03:00 PM