Heights of Love… The Realization!!!

Adam walked out on Grata this time… Hot blood running through his veins… As he drove away, he felt his heart thump even harder than when he runs marathons… this girl had made his heart skip a beat & thump so hard at the same time… any other woman & it would have been no big deal… but walking from this, was so difficult… he felt so stuck on her & her bright pretty laughing eyes… he felt he couldn’t walk outta this… there was something about her… her eyes… her smile… her innocence that had got to him… she ABSOLUTELY had him!!!

He had never had women issues… he could get any woman at the drop of a hat… yet, he never really wanted any of them… he never wanted to be with any of them for more than a night, leave alone chase after 1 second… but her… he had watched her & stalked her & chased her… suddenly he said to himself in her cute lil voice “YOU BIG BALD HULK… but you kissed me & said I love you” & then he just burst out in chuckles… “Oh yes! SHE LOVES ME!!!” He soooo wanted to turn back around & kiss her… as he was overwhelmed by the realization… It’s a privilege to grow old with someone… someone who does not humiliate you beyond repair… she could have screamed & shouted & have him thrown out of the building… but all she said was 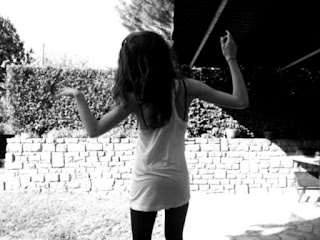 Adam could just not help smiling all the way into his office & to his workstation & still could not control it even when he saw it amused all of his colleagues… Grata on the contrary wore the sullen look to her workstation & could not put up a smile even to pretend when the concerned friends (colleagues) surrounded her!

At 6 pm, “Cheer up G! it’s a Fa-Fa-Fa-Friday night” sang Mel as she placed a kiss on Grata’s cheek & wrapped her arm around her shoulder & announced to everyone, “let’s go & make G! have a great time tonight… our darling is upset & we the people, have to bring back our million dollar smile” & they all dragged her to McLinch… but nothing interested Grata… she loved the Karaoke, but dint sing along… she was always the 1st one to drag everyone onto the dance floor… but she never stepped off her chair… she loved talking… but not one story tonight… her mind was blocked… Adam was on it!!! So she drank… & she drank more… & then, she drank some more!!!